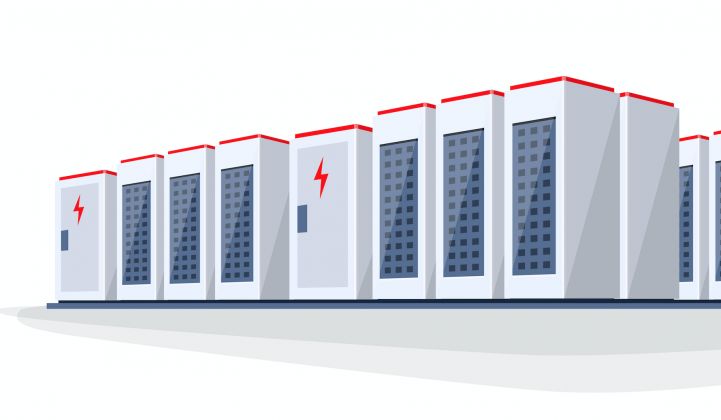 To help you understand better about the storage of lithium batteries, we’ve summarized a list of prohibitions

1. Do not charge the battery under fire or extreme heat. Do not use or store the battery near a heat source (such as a fire or heater). If the battery leaks or emits a peculiar smell, immediately move it away from the open flame;

2. When the battery swells up, leaks, etc., stop using it immediately

3. Do not put the battery in water or get it wet

5. Do not connect the battery directly to a wall socket or car cigarette lighter socket

7. Do not knock, acupuncture, step on, modify, or expose the battery to the sun, and do not place the battery in a microwave or high-voltage environment.

8. Do not hit, throw or subject the battery to mechanical shock

9. Do not disassemble the battery in any way

11. Do not use with primary batteries (such as dry batteries) or batteries with different capacities, models, and varieties.

12. Do not use the battery if it emits peculiar smell, heat, deformation, discoloration or any other abnormal phenomenon. If the battery is in use or charging, it should be removed from the electrical appliance or the charger immediately and stop using it.

14. Do not use or place the battery under high temperature (in the hot sun or in a very hot car), otherwise it may cause the battery to overheat, catch fire or function failure, and shorten its life.

15. Do not store in places with strong static electricity and strong magnetic fields, otherwise it is easy to damage the battery safety protection device and bring insecurity.

16. If the battery emits peculiar smell, heat, discoloration, deformation, or any abnormality during use, storage, or charging, immediately remove the battery from the device or charger and stop using it.

17. Discarded batteries should be covered with insulating paper to prevent fire and explosion.

Before storing, remove the battery from the device
Charge or discharge the battery to 3.8V (use the charger set in “storage mode” or use a voltmeter to check V).
Use insulating materials (such as plastic, electrical tape) to protect the battery terminal.
Put the battery in a fireproof bag/container.
“Lithium-ion battery only” storage area
Room temperature and no heat source
Dry and well ventilated place
Remove all combustible materials (wood, carpet, gasoline are prohibited, ceramic or cement surfaces are recommended).
There must be an ABC or water fire extinguisher nearby. And know its location

2. what is a fully discharged battery?
A fully discharged battery is understood to be “squeezed out” until it doesn’t produce any more of this current at all. In this case, the voltage drops to 0 volts. If this state is maintained, the electrodes in the battery will chemically react, rendering it partially to completely unusable. The result is that the capacity of the battery is greatly reduced and may not be recharged. Therefore, the battery should not be discharged below the final cut-off voltage associated with the type and should be recharged as soon as possible. Therefore, lithium-ion and lithium-polymer batteries should essentially not be discharged to the point of being completely unusable.

As a rule of thumb, lithium-ion or lithium-polymer battery packs are recommended to be charged at about 10 to 20 percent of remaining capacity. Good lithium ion rechargeable batteries generally have extensive protection and/or monitoring circuitry within the battery pack to prevent full discharge/overcharge and explosion.

4. How long is the battery life?
Lithium-ion batteries can be charged up to 1,000 times (depending on capacity). However, these values can only be achieved under optimal conditions. Depending on the handling and maintenance of the battery, the number of cycles may be reduced. During the service life, the capacity will decrease. Generally speaking, when the nominal capacity of the battery is less than 70%, it is called worn-out

In the case of NiMH technology, a battery inertia effect (lazy battery effect) comparable to the classical memory effect occurs. Lithium-ion and lithium-ion polymer batteries can and may be recharged at any time. These batteries do not have a memory effect and should only be recharged at frequent short intervals. In addition, full charging in several stages, with or without partial discharge in between, will not cause any damage.
However, lithium-ion and lithium-ion polymer batteries should not be fully discharged.

According to the experiment, if there is about 10% to 20% of the remaining capacity of the lithium ion polymer battery, charge it. Note that disconnecting a fully charged battery pack and reconnecting it to the charging unit will not result in a higher charge. This procedure will impair the performance capability of the battery.